One of the services that Rapanui Clothing Limited provides is T-shirt printing.

They use open source technology to help reduce the batch size of their T-shirt prints to just one. Want just one T-shirt with your logo? No problem. Want it tomorrow? No problem. Want 100? They can do that too.

I was aware of print-on-demand for books, but I hadn’t seen it used in other manufacturing processes. Rapanui’s co-founder, Mart Drake-Knight kindly invited me down to their factory on the Isle of Wight to see how it all worked.

In 2009 Mart and his brother Rob sold T-shirts from a shed. They started with £200. By 2010 they had £1,000 in savings, and moved in to a garage. In 2011 they had a shop, but soon realised that the “fluff and puff” wasn’t their thing. At University, Rob had studied Business; Mart, Sustainable Engineering. They concentrated on their strengths, and by 2013, they had a small factory and started work to reduce the batch sizes and stock they needed to hold. In early 2016 a fire destroyed the factory.

Undeterred, they then moved to a new factory, where they could implement more of the great ideas they had and got down to a batch size of one.

Finding the way to efficient manufacturing

Mart had been playing with Raspberry Pi computers and IBM’s Node-RED visual programming tool, and knew it could help make the factory more efficient. “Through better manufacturing, we aim to make our ethical, sustainable and eco-friendly clothing no more expensive than other sorts. We also make it easy, fast and convenient for people to find out how our clothes are made and where they come from. It’s not that people don’t care – it’s just that they don’t know.” said Mart. “We believe designers should provide better information and better access to information as well as cleaner products and services. Consumers who have good information will go ahead and make better choices. At Rapanui we empower our customers to vote with their wallets”, he added.

Mart knows the processes in his factory extremely well. “Some parts of the job are really tedious – we know, we used to do everything ourselves.” said Mart. “We automate the dull parts out of a job – which means people can use that time to think.”

The heart of the factory is the code

The technology employed in the factory is simple, yet effective. Glow orbs, such as used at the IBM Watson IoT HQ in Munich are used to give a visual alert as to which machine is in use, which is ready and which requires maintenance. Staff ask an Amazon Alexa how many jobs are pending, so they know if they need to bring more staff to that department. Footstep trackers are helping to re-arrange the factory to minimise walking time and the bosses can get an overview of flow using a digital twin. All powered by Raspberry Pi, Node-RED and MQTT. 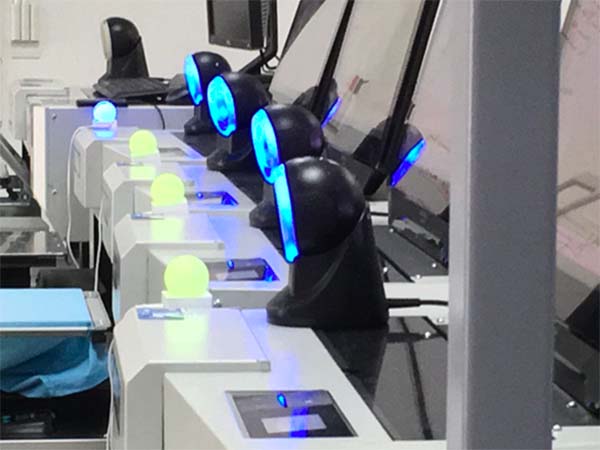 On the shop floor there is no rush, no panic, no “I must finish this or I’ll be in trouble” feeling. It was all very calm. People seem to enjoy their jobs and just get on with them.

“Everyone knows the code is at the heart of the factory – and everyone helps to improve that code, from employee suggestions on GitHub to actual implementation.” said Mart.

“We employ people on attitude – if they have the same values as us, we’ll be able to work together. It’s easier to give people the opportunity to gain more experience than to ask them to change their attitude” he added.

“By making our processes more efficient and removing the dull bits, we can expand – and then take on more people – the processes generate jobs”, said Mart.

He is really excited about the number of apprenticeships they offer – from finance and sales, to web development and production. They are proud that they are helping to address the youth unemployment situation on the Island.

However, with all the automation, I asked if he was automating away the entry-level jobs. “No, no, no, not at all – there are some things I cannot automate,” he said. He then took me to a rack that looked like a graveyard of unfinished or discarded maker projects. He brought out a 5L bottle – with wires, a motor and a paddle attached to it. “Every day we need someone to check the level of liquid in these bottles, to shake them up to mix the contents and to top it up if required. I tried to automate it. It didn’t work. A human can do it so much better than my efforts in automation. Humans are adaptable. They are creative. Humans are amazing.”

As much as possible, Mart has made the processes Poka-yoke – a Japanese term that means ‘mistake-proofing’. “We try to make it really hard to make mistakes – which means everyone just gets on with doing the job rather than worrying about doing it wrong” he said. The Poka-yoka principle can be seen in a UK electricity plug – the three prongs mean you cannot put it in the wrong way round. In the factory, this means that people coming in to work for their first day can do something productive, without someone supervising them, and without them worrying about messing up, or without the firm worrying that a customer’s order will be incorrect. Mart said “It instills confidence from day one, and also means that most employees can do most jobs, so if we have a bottle neck in one area, we can just move staff around”. 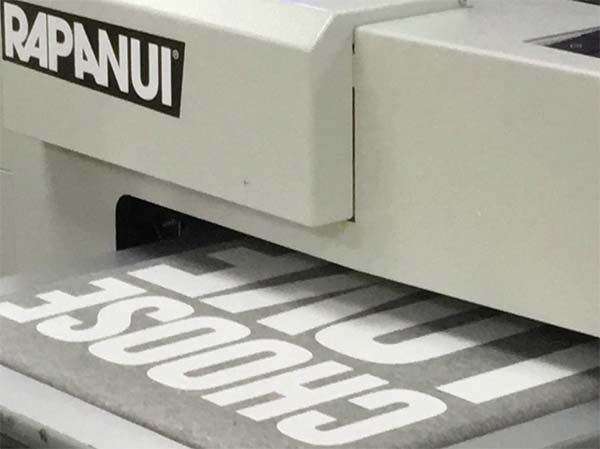 The future is sustainable

I am very excited about the future of manufacturing with companies such as Rapanui making great strides to bring ethical, sustainable and eco-friendly products to market – without having to charge a premium for it. The human-automation interface in this factory is working extremely well. No one worries about “robots taking over our jobs” but they work out how the robots can take the dull, dirty and dangerous away, so the humans can do what they do best – create, think, and add the humanity.

Read more about IBM’s approach to AI, automation, and industry 4.0.

Studying IoT: gearing up for a connected future Case Study: The Harvesting of Data through Cellular Gateways